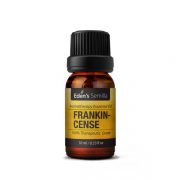 Facial rejuvenation: Frankincense is said to have anti-wrinkling and anti-aging properties as it promotes the rejuvenation of healthy skin cells. It can be applied directly to trouble spots with little to no carrier oil. Avoid direct contact if you have a history of sensative skin problems.

Pain relief: Use frankincense oil with Vick’s rub for pain relief. Apply to areas needing relief a few times a day. Frankincense may decrease scar tissue which can decrease deep pain. During menstruation, frankincense is said to reduce symptoms of menstruation.

The power of aromatherapy: Frankincense has healing powers to ease stress, anxiety and clouding of the mind. Soak in a warm bath a few times a week to suppress anxiety. When used as an everyday remedy, benefits should arise in mental clarity.

Home cleaner: Who doesn’t love an all natural cleaner? Add ⅔ cup of vinegar, warm water and 10-15 drops of essential oil into a spray bottle. For extra strength, add baking soda. This all natural cleaner works on bathroom and counter surfaces to naturally remove stains and caked on stains.

Indigestion relief:  Frankincense oil can help speed up the secretion of gastric juices, bile and acids, and help stimulate peristaltic motion to allow food to move properly through your intestines.

Change the air: In an aromatherapy diffuser, add 15-20 drops with a drop of water. Burn with a candle and use to circulate new and refreshing air. Combine frankincense with other oils such as lemon, lavender and orange to create a room scent. Combine 10 drops of frankincense oil into a spray bottle with a half cup of warm water and spray as needed.

Lavender has some interesting history behind it. The Egyptians used lavender during the mummification process. The Romans used lavender for bathing and perfume. One of the most famous of all is when Mary apparently used Lavender to anoint Jesus with her hair. It’s believed it was lavender essential oil, but we may never know.

Now, lavender is used to soothe the mind, relieve tension and provide overall medicinal benefits to its user.

Lavender has anti-inflammatory properties. Some research shows diabetic is really a build up of inflammation. That’s where lavender can come in and reduce inflammation. It helps increase blood glucose, reduce weight gain, replenish liver and kidney antioxidants and stimulate cell growth. This is particularly important in diabetic patients as free radicals often “steal” fat molecules from cell membranes.

Lavender can be applied in many ways. It’s said to increase blood circulation. This can be done in a variety of ways such as mixing pure cocoa butter and lavender essential oil to make a paste and applying to areas that may need a little extra boost. It’s beneficial to areas that may remain stagnant for long periods during the day. Areas include the lower back, feet and calf muscles.

Helped produce three of the most powerful antioxidants: gluthaione, catalase and SOD. There are so many wonderful ways to add lavender to a simple dish. It can be added to muffins or even pastries. It pairs well with honey, apples and cranberries. Adding small amounts of lavender is a quick way to get those antioxidants in your system. As a topical application, lavender and clove oil can be used in combination to stimulate antioxidant production. Do not ingest. Rather, apply both essential oils with a carrier oil and massage into the skin topically. The feet are a great place to start!

Buy as therapeutic grade! That’s the most important element when purchasing lavender. It can help release nervous tension. For those with mental illness, lavender could be the cure for relieving symptoms of depression. An evidence-based study was published by the International Journal of Psychiatry in Clinical Practice stating that that supplementing with 80 mg capsules of lavender essential oil alleviates anxiety, sleep disturbance and depression. Who doesn’t want a  little extra sleep at night?

Coconut oil and lavender make a stellar team. Combine both and apply to cuts, wounds and burns to help alleviate pain and begin the healing process. For troublesome eczema, combine coconut oil, lavender and a few drops of vitamin E oil. Over time, this can greatly decrease eczema or puffy red spots. 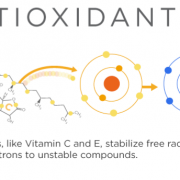